Cache me if you can 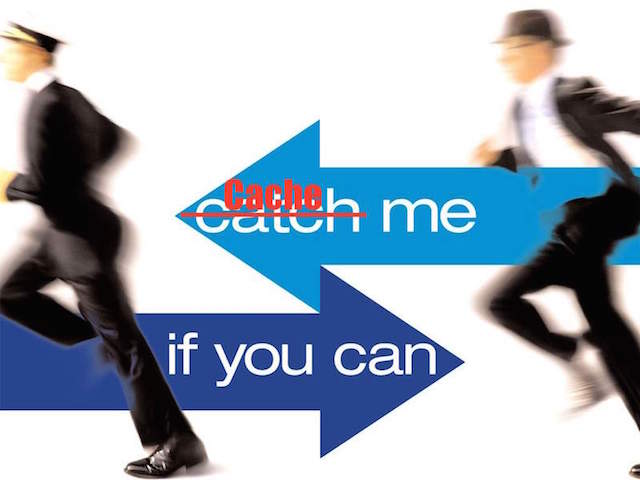 Recently, I was looking at a few endpoints to speed up. We were expecting to send large volumes of traffic to a few URLs and wanted to make sure they were fast. While digging in, I found about 10,000 unexected requests per minute (RPM), going between one of our back end services and another. Sometimes the same internal service request was occurring multiple times in a single front end request. I thought this can’t be right, what is going on? Let’s take a look.

I tracked the code issue down to something like this:

At first glance it seems fine, it looks like this is a normal cache call and should never make the same external request twice during the same request, let alone the same minute. Do you see the issue yet?

Remember to take special care if you need to cache nil

Looking back at the logs, I noticed this was only occurring for objects that were no longer available. A minority of requests for sure, but they would happen over and over… Because the API client was turning the 404 response into nil. Unlike the case with an object Rails.cache.fetch won’t cache nil. To read a bit more about features of Rails.cache.fetch or how it might not match expectations read the cache.fetch documentation.

There are two places I see this error pop up:

That makes sense, how do I fix it?

There are many ways to deal with this problem. I don’t know if I think one is better than another necessarily. Honestly, long as the caching method takes nil into account, I am happy. All of the solutions I have seen are pretty obvious when reading the code.

One nice solution, I’ve seen was done by @gfmurphy (according to git blame). It basically creates a Null Object, which can be cached. The Null Object solution looks something like this.

Another solution I have seen a number of times, so I don’t know who to give original credit to, I will call the existence check.

I am sure there are many other ways to handle caching for nils. I know I have seen others, but if you have a favorite way to solve this issue send it my way. If not just wanted to share that it is something to keep in mind. I have seen this issue a lot, and I am sure I have made this mistake my fair share of times. It is an easy thing to overlook, but can have fairly large consequences if nil can be an expected response.